After using our Coleman Scanoe for a tender for two summers, I finally got around to building Bolger's June Bug. This boat was designed to be a tender for the advanced sharpies, and is extremely stable. I learned about it and found advice on building it in Harold "Dynamite Payson's" Build the New Instant Boats. 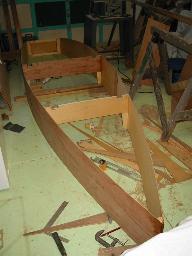 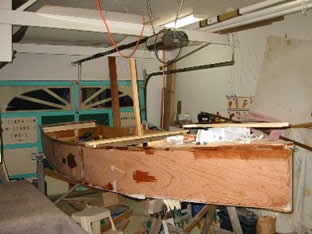 I think construction took a month or less, but because I built over winter, I allowed several extra weeks for the epoxy to cure and the paint to dry. I almost left her unpainted, because the natural wood was so beautiful under the epoxy! 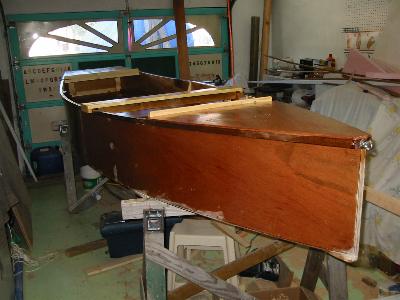 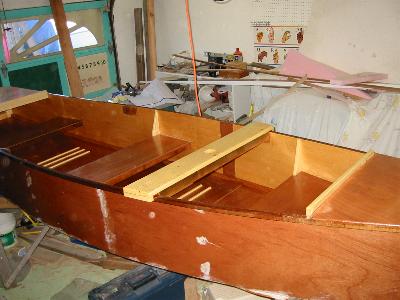 We named her Roan (another name for the Selkie folk, and a halfway decent pun). We launched her May 10, 2003. 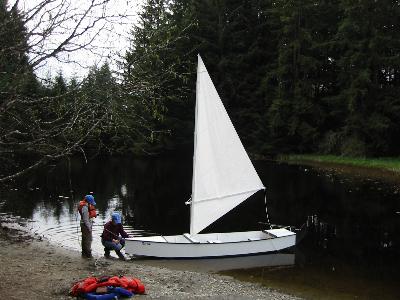 Christening in the launching lagoon at Auke Lake. 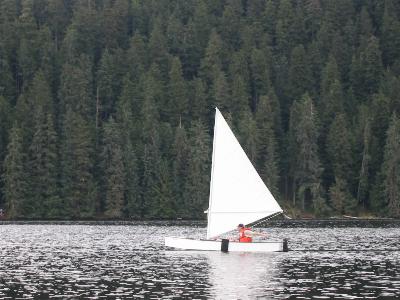 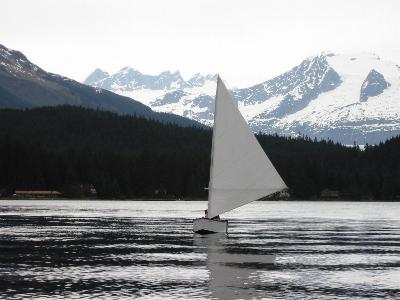 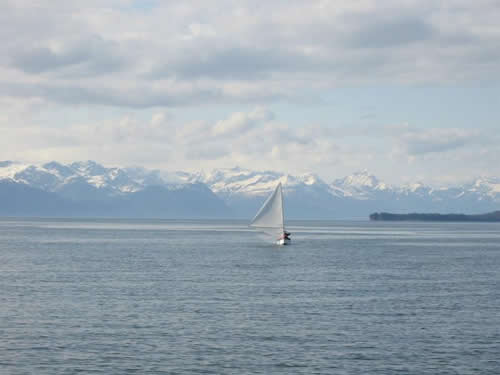 Running toward shore in Berner's Bay.

I used John Michalak's instructions for a kick-up rudder. Since I used okume and luan for this boat, the recommended amount of lead in the rudder proved inadequate. I had to triple the weight to get it to sink properly after kicking up. 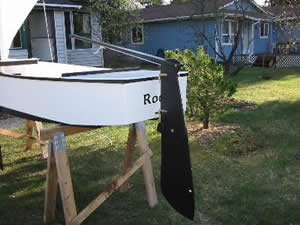 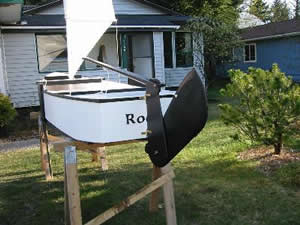 How's this for stability? 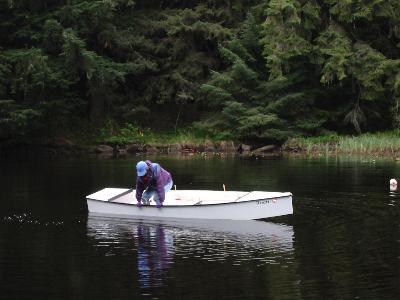 With two rowing stations and a handy deck for small helms-woman to perch on and see over the crew's head, rowing becomes a family affair. 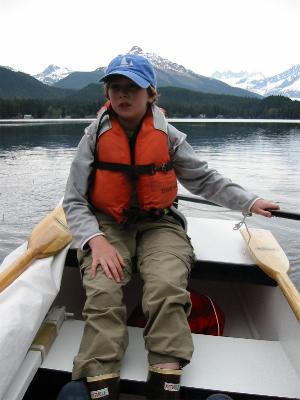 I've added a few details, like a sheet block on the tiller. I highly recommend this design for anyone looking for a tender that's easy to row, fun to sail, and stable enough for pulling anchors and crab pots!